The Monarchy is abolished by the SRoB

Indeed it is a tumultuous change in the Socialist Republic of Britain (SRB). The NRLP deposes the Queen as head of state. Together with her husband Phil, they move into a selected care home located on the South Coast. Every day they can be seen, under the guidance of instructors they join in with happy-clappy songs about the great and wonderful leader Jerry Nob. Together they can grow old surrounded by former subjects, who are now her equals while being cared for and teased by carers, selected by a ‘The Workers Council for Carers and their Care’ who resent what Liz represented, the fascist state. 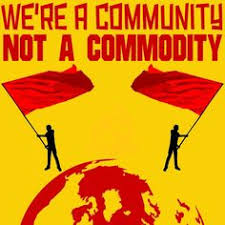 Bucks Palace is renamed ‘The Peoples Revolutionary Palace’ and is stripped of its treasures and stored in a warehouse for distribution to the needy. The building is converted into a home for the welfare dependent and illegal immigrants while a ‘Revolutionary Workers Council’ use the former staff of the Royal Household to skivvy after the residents.

Yes – it is all happening as Prince Charles and Camilla seek asylum and Canada offer them a home.

In the meantime, the NRLP seizes all the lands, belonging to ‘The Duchy of Cornwall’ that is 135,000 acres and hand it over to the representatives of the Green Party to manage the land as they see fit. Within weeks they announce a policy of turning all arable land over to the production of crops and in doing so set the cattle, sheep, and pigs free. The Greens announce a Vegetarian Policy and that Britons will no longer be able to eat meat. Up and down the country workers stand by to oversee the closure of independent butchers shops and the closure of  Butchers counters in supermarkets. Former Butchers, those who a 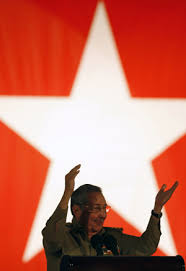 re too young to retire are placed into Vegetarian Workshops to learn how to cook nutritious meals for the growing army of sick welfare dependants.

The NRLP along with the Greens recognise former farm animals as wild and create new laws to protect their safety from carnivorous fascists. People who are caught hunting and killing wild animals for meat are then fined and sent to re-education camps and force-fed a daily meal of grain and oats flavoured with grass. Many suffer interminable bouts of constant diarrhoea which the Greens describe as getting rid of the fascist shit.

The NRLP decide to deport the entire Royal Family and dependants to any country which will have them. The USA steps in and offers asylum. The children of Liz say they will write their memoirs from which they hope to make millions.