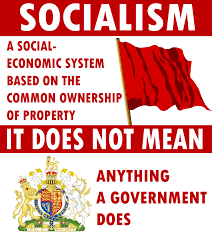 Jim patience, a hardworking and conscientious young man had one ambition, and that was to buy land and build a house with his wife to be, and after a few years of careful planning, they achieved their dream. Weeks later Jim Patience marries his long-term sweetheart Angel in a romantic wedding.

Not far away live two criminal opportunists – Nicky and his mate Boris who rob shops, pickpocket passers-by while conning the elderly out of their savings and somehow evade the long arm of the law.

When a frigid winter arrives Jim and Angel Patience, keep warm in their new home. Nicky and Boris who are down on their luck sit huddled in their cold house without food and no heating.

One chilly evening they brave the cold to go on the rob and break-in to the house, belonging Jim Patience who hears them. When Jim confronts them, a scuffle occurs whereby Jim politely shows them the door and asks that they never to return.

As they wander in the cold early morning a social worker, driving home from an all-night rave to celebrate the General Election stops to asks what happened. Spotting a chance, they tell the social worker that a wealthy business owner beat them up when they asked for food and money.

The Social Worker so appalled at their treatment calls the local NRLP MP and takes to Social Media to highlight the injustice shown to her new best friends. She emphasises that Jim Patience owns a business and a large property pays himself a large wedge of cash every month for working 16 hours a day Monday through Saturday. Why should he be allowed such luxuries while her two new BEST friends through no fault of their own cannot find jobs due to the previous Fascist government who instigated an Austerity program on the poorest in society and wouldn’t help them find them jobs and cut their benefits? She demands that the New Retro Labour Government MUST provide a lead. 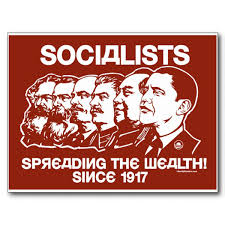 The right-wing press reveals Nicky has a dubious working History. In the past, the company fired him for lousy timekeeping and taking days off without notice. When asked about the advantages of learning a useful skill he replied that working as an apprentice electrician was boring, and the wages were too low. He wanted £100 a day for giving his time to the company. 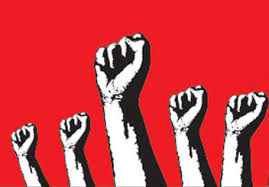 Boris, on the other hand, has never worked on anything legal since arriving in the UK and lived on the proceeds of crime.

The Trade Unions discover Jim Patience is descended from a capitalist landowner and discover his ancestor, Harvey Oak, who died over 200 years ago sacked 100’s of the workers from his textile factory based in Manchester. What is never mentioned but hushed up is the fact that his ancestor was seriously ill and died before he could pass on the business.

On hearing that news and its subsequent viral status through FaceBook, a crowd of Trade Unionists and chums gather outside the house of Jim Patience to demonstrate

When Jim tries to remonstrate with the protesters, they shout him down, hurl abuse and terrify his wife. Intimidated by such actions Jim and his wife move out and eventually sell their home to a mystery buyer.

JCN and his Trade Unions (TUs) suggest that Jim Patience, to redeem his working-class roots must employ Nicky and Boris to run his business. Jim points out that he uses “local skilled labour” for which he pays them a fair rate of pay. 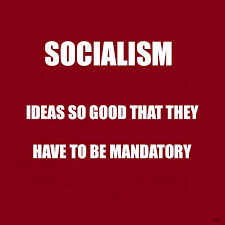 skilled labour” creates a kerfuffle amongst the chums of the Trade Union members who order JCN to announce that ‘skilled labour’ is patronising and demeaning to workers with no skills.

JCN and the TUs announce that no company will be allowed to discriminate against candidates on the ground of experience or ability and cannot ask new employees to show their Trade certificates. Regardless of their ‘skills’, employers must pay all their employees the same. To stop discrimination, they introduce the phrase – “working persons’.

Any company breaching such rules will be subject to a takeover by a Workers Board.

The local politburo convenor exasperated by Jim’s unwillingness to bow to JCN supports a call to boycott the Business owned by Jim Patience and to penalise any companies who offer building contracts to Jim’s company. Many weeks later a “Local Workers Co-operative” appoints a Workers Board and takes over Jim’s business. Their first act is to award all the workers and 50% wage increase.

As most of the contract prices have been agreed in advance with customers, the Board of the Local Workers Co-operative cannot raise prices to afford the higher wages. Several customers pull out of deals fearing a massive impact on their costs for new building work. Within months Jim’s old business is debt-ridden. The NRLG offers to pay the companies wage bill and continues to do so despite the men having no work to do. 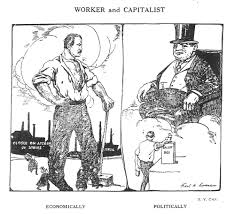 Jim is sacked for mismanagement without any compensation and claims welfare benefit.

The right-wing press counters with an argument that you cannot place the blame on society today for the deeds of our ancestors and argue that the NRLG has no right to take over a private business just because the owner did not like the way the government was acting.

They also highlight Nicky’s extracurricular activities of robbery and conning seniors with menaces. His mate Boris is wanted back home on charges of rape, stabbing and wounding with a deadly weapon.

The left-wing press counters it was all youthful exuberance, and they are innocent and point out that a recent change in the law forbids the deportation of a criminal as they all have the right to family life in caring sharing Britain, despite having no family.