It is all change in Britain. The people of Britain have elected a new Government known as the New Retro Labour Party, led by Jerrymander Cyber Nob (JCN), an ardent Left winger and his

deputy who is the Chancellor with BIG spending plans, Jo’ker Donaldson.

Together they intend to create the Socialist Republic of Britain where Red Tape prevails; Taxation is high, The NRLP bind both people and corporations to overbearing regulations.  Resurgent and dominant Trade Unions will subjugate the workers into becoming members of Trade Union in a closed Shop s 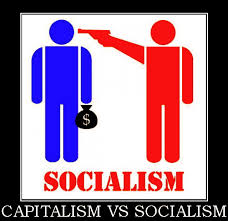 cenario without a choice and calling them out on strike at the first sign of management resistance. The idea that the Trade Unions can demand an Industrial strike without a secret ballot will soon disappear, and those who vote against strike action could be intimidated into raising their hand at a mass meeting to vote for strike action.

The Government intend to Nationalise key elements of Industry including Rail Transport, Utilities (water, gas and electric), The Post Office, Construction and it’s even rumoured that British Telecom could become renationalised. I wonder what the Nob has in mind for the mobile companies and British Airways.

Tea and biscuits in Number 10 Downing Street will become a regular occurrence with ‘Freedom Fighters’ known to hate Britain. Those who fought with ISIS in Syria and Iraq will be given priority on the housing front with welfare provisions at the highest levels and additional help finding work.

Some radical liberal MPs from the NRLG suggest that as they hate Britain would they not be more comfortable creating a separate governable state within Britain with their laws and religious practices. Indeed, the offer is under consideration with plans to allow Birmingham and Bradford to become a caliphate.